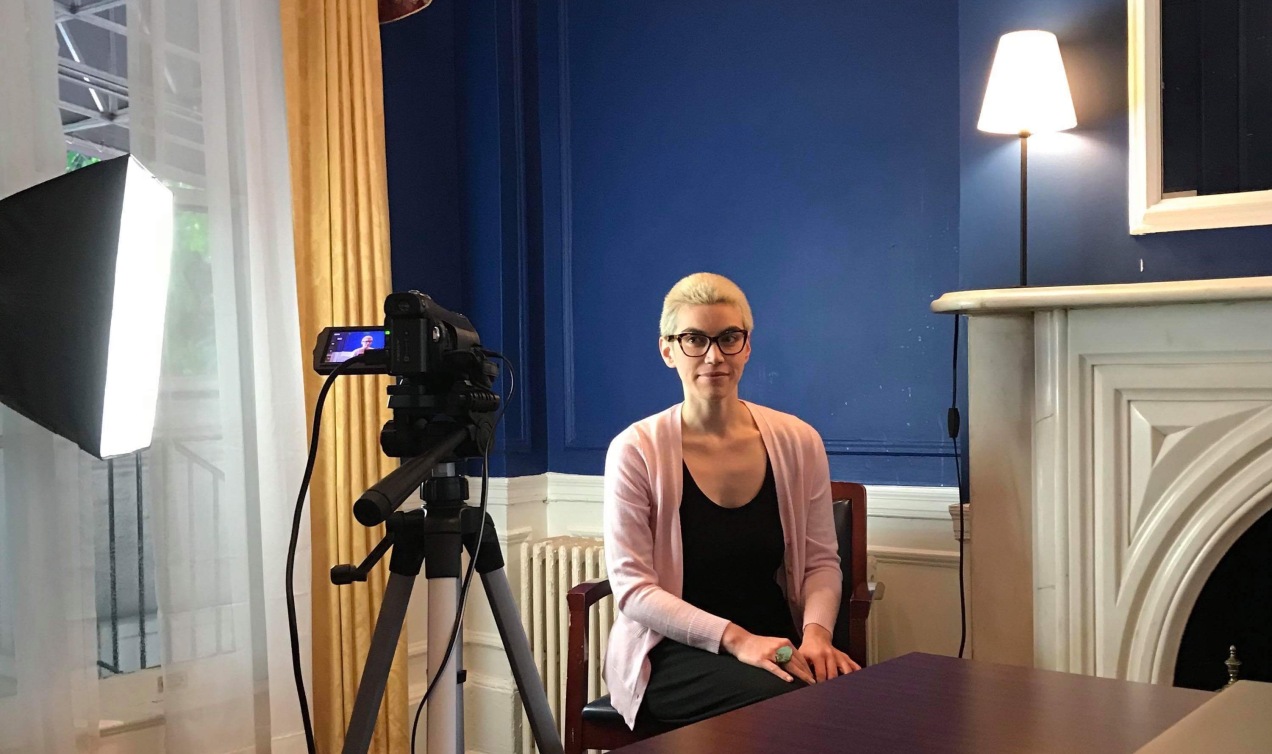 Carmen regularly broadcasts feminist perspectives on-screen and over the airwaves as the writer, producer and host of programs that explore the personal, political and pop culture stories that shape women’s lives.

Carmen is the writer, producer and host of Bitch Media’s Popaganda podcast—and has explored subjects ranging from the Spice Girls to diet culture, and taken thousands of listeners into Michele Pred’s studio and the offices of Lipstick Lobby during the HEAT and GLAMOUR seasons.

Carmen interviewed dozens of feminist luminaries as the host and producer of the Ms. Live Q&A. Guests who sat down for the series of conversations, streamed live on Facebook from the Ms. offices as well as from events across the country by thousands of viewers, included award-winning filmmakers, actors and authors and movement leaders.

Carmen and legal analyst Adrienne Lawrence walked viewers through the most triggering nonsense in each week’s headlines on TRIGGER HAPPY, one of the most popular video series released by Binge Networks.

After the 2016 election, Carmen partnered with writer Jill Gutowitz to co-produce and co-host THE BOSSY SHOW—a weekly political podcast recommended by Time, Curve, Logo and Autostraddle and featured in Diva. Each episode of the show featured conversations with influencers and celebrities and analysis by experts and activists on the defining issues of the Trump era.

Explore the full archive of THE BOSSY SHOW on SoundCloud.